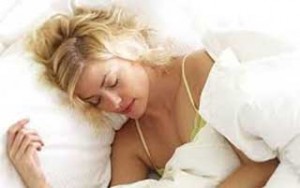 “Everyone has trouble sleeping once in a while,” says Dr. Marks, who is the incoming president of the Society for Adolescent Medicine, and Vice President of Sominet. “But, if you’re having trouble night in and night out, it may be the symptom of a larger problem such as depression or anxiety You don’t want to ignore that possibility.

“But more often, teens need help learning. how to fall asleep. It’s important to look at the sequence of what you’re doing at” night–and to make sure the last thing you do at night is something relaxing. I have one teen patient who told me, ‘I do my homework, practice my violin, and then go on-line to chat with my friends.’ I suggested to him that maybe he didn’t want to do the most stimulating activity right before he was trying to fall asleep. Now he chats on-line and then practices the violin to clear his head–and says switching the two activities has helped him fall asleep more easily.”

Parents, she says, often don’t really know when their teens are going to sleep, because they go to bed earlier. But parents (and even teens themselves) can be alert to signs that say “not enough sleep”: constant complaining of being tired, unusual irritability, a depressed mood–and getting sick.

If a teen gets into a pattern of having one cold after another, or sinus infections, or bronchitis, you need to be looking at whether they’re chronically undersleeping,” says Dr. Marks. “Is it the homework load, the time spent going out with friends, or working too many hours at a part-time job?”

In her book Healthy Teens, Dr. Marks suggests teens take a 20- to 30-minute “power nap” after school–instead of “crashing” for several hours and then being unable to fall asleep at a normal bedtime. “You can even arrange to have a parent call you from work to wake you up,” says Dr. Marks. “It’s a nice way to connect.” They also recommend a “gadget bedtime” for households (especially on school nights)–a time when computers, TVs, phones, CD players, and other electronics are put to bed, giving everyone a chance to wind down for sleep.

Taking Charge of Your Sleep Life

College years–or starting a job–can (if you work it right) be an opportunity to let yourself set a sleep/wake schedule that suits you. But that isn’t always what happens.

“A lot of college kids don’t necessarily have to get up for early classes, but they still end up wasting a lot of time during the day and stay up very late every night to finish their work,” says Dr. Marks. “Some days they wake up early, some others late–and then they start getting sick a lot. That’s a real freshman-year phenomenon.”

When her own daughter complained of being tired during her first year at college, Dr. Marks learned she was getting to bed at 2 or 3 in the morning–and made a few suggestions. “I said she didn’t have to get up as early as she had in high school, but that if she woke up at 8 or 8:30 a.m., she would still be in time to get a good breakfast in the cafeteria, read the paper, and then have time during the early part of the day to take care of some of her work. It was a much better way to wake up than jumping out of bed and directly into a class!

“It’s been shown,” she adds, “that students who manage their time well are more successful in college, and also a lot less tired!”

If you’re like most Americans, finding enough time for sleep is always going to be a challenge. But you may want to follow the lead of many smart teens and adults before you–who already know that when you get a good night’s sleep, it makes the rest of your life go a whole lot better?